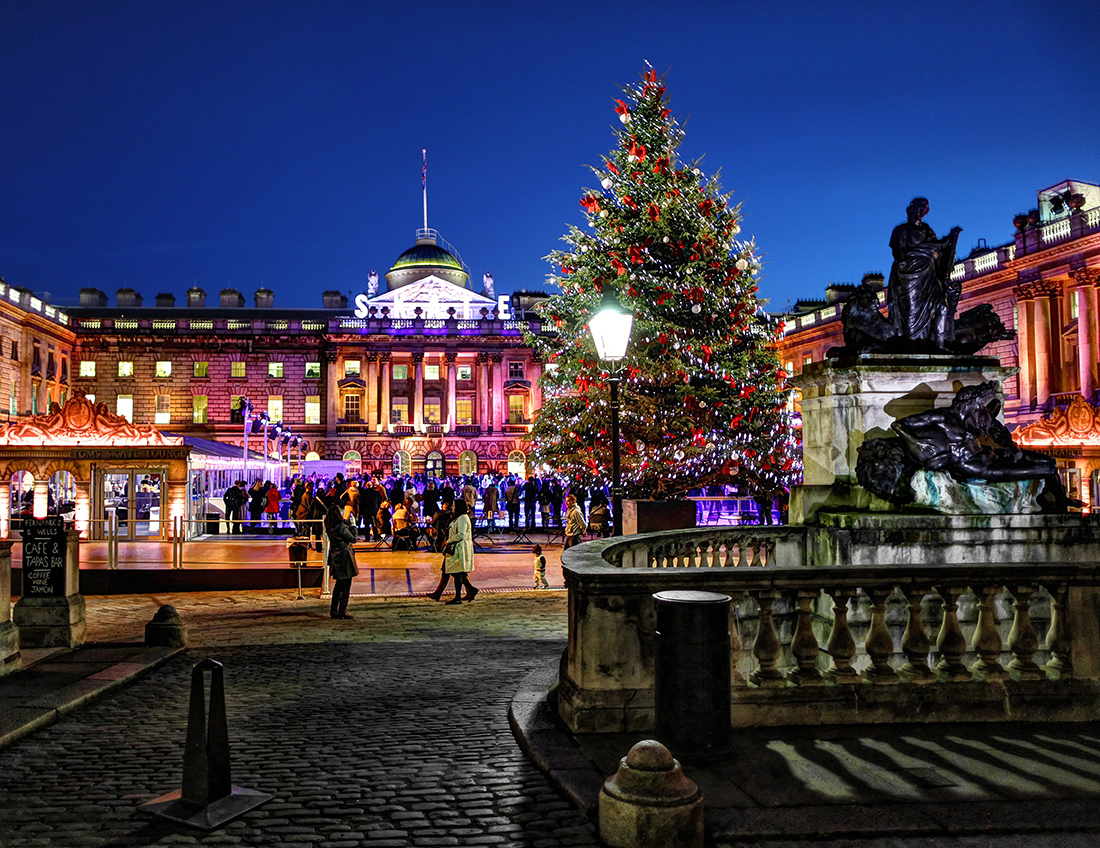 Long before we Londoners were bringing Christmas trees into our homes, the use of evergreens for decoration was common among Romans and even the ancient Egyptians. Spruce, pine and fir trees were hung strategically around doors and windows to keep away illness and evil spirits.

However, it’s 16th century Germany that is credited with the Christmas tree tradition as we know it today. During this time, devout Christians brought trees into their homes and started to decorate them. It is also believed that during this period Martin Luther, the Protestant reformer, was the first to add lights to a tree. One winter evening he ventured out for a stroll near to his home and was in rapture at the scene of twinkling stars seen through the evergreen trees. Wanting to replicate this spectacle inside for his family and friends he then proceeded to wire the branches of his indoor tree with lit candles. 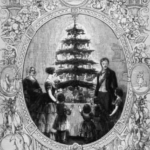 So, when did we start inviting Christmas trees into our homes here in London? It might have had something to do with Queen Victoria. In 1846, Victoria and her German Prince, Albert, were sketched in the ‘Illustrated London News’ standing with their children around a Christmas tree. Victoria, being a beloved and much emulated royal then set the trend for households all over London and, in turn, the British Isles. It is thought that at the time most trees here were around four feet in height, with many of the taller trees of six, eight, ten feet and above sent to the increasingly prosperous America.

Towards the 20th century, traditional decorations such as fruit and nuts started to be complemented with electric lights, and with this larger, lit, Christmas trees started to appear in city and town squares. Perhaps the most famous square to host the tree is Trafalgar Square which has received a tree as a gift from Norway every year since 1942. The Trafalgar Square Christmas tree is typically a 50–60 year-old Norway spruce and generally over 20 metres tall. The tree lighting ceremony in Trafalgar Square takes place on the first Thursday in December and is attended by thousands of people. The ceremony, led by the Lord Mayor of Westminster, includes a band and choir followed by the switching on of the Christmas lights.

These days it’s not only Trafalgar Square that has a long tradition of decorated trees. In more recent years there are many other locations where you can annually marvel at beautifully decorated trees. One place worth a trip is Covent Garden, which not only generally hosts one of the largest trees in London, but also a myriad of smaller trees dressed by British designers. A visit to the luxurious Mayfair hotel, Claridge’s, will treat you to a display orchestrated by designers such as Christian Louboutin. Not to be outdone every year is Liberty London’s offering, housed in the central atrium and visible from all floors. In the last 20 years, if you were to take to the ice rink at Somerset House, you would be treated to one of the most Insta-worthy trees standing at over 12 metres and adorned with huge baubles.

Today Londoners continue the tradition, sharing the pleasure of a freshly cut tree with their families and friends. As we approach an unusual Christmas time this year, we know Londoners will still be enjoying the timeless joy of the humble freshly cut Christmas tree in their homes. 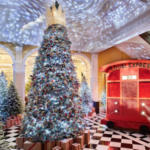 Next PostWeirdest Christmases from around the world
0Shares
Christmas trees